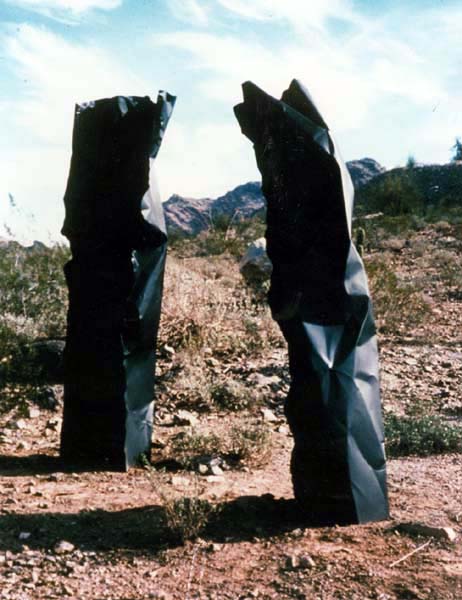 I would like to ask the public to look at the work, as free as possible from preconceived ideas on art. These works are constructed on a very simple principle – a geometrical figure – sometimes broken, sometimes cut, sometimes divided, sometimes subdivided – until the relation of the lines to each other produce an aesthetic emotion.

Featuring 13 artists from ten different countries, the exhibition will present a large selection of paintings, photography, installation and works on paper ranging from the 1920s to the early 1980s. Including some of the earliest examples of animation, algorithmic and kinetic art, alongside pieces from the fields of Neoplasticism, Concretism, (Post)Minimal and Land art, the display will show how these artists occupied a central position amongst period-defining groups such as Zurich Concrete in Switzerland, Abstraction-Création in Paris and Los Diez Pintores Concretos in Cuba. The history of abstraction is also a history of global turmoil, migration and transnational exchange, and many of the exhibiting artists were written out of art history due to gender inequalities and the politics of their time.

Abstract experimentations of the 1960s, 1970s and early 1980s form the core of the exhibition, including a number of works that have rarely been exhibited in the UK and one of the few surviving films made by Argentine artists from the 1950s and 1960s. The exhibition will also feature groundbreaking female figures of the pre-war avant-garde movements, from Bauhaus to Neo-Plasticism, which have predominantly been documented through the accomplishments of male masters.

The British artist Marlow Moss (1889–1958) abandoned her birth name of Marjorie and adopted a masculine, dandified appearance in a queer attempt to parody a male-dominated art world. Playing a central role in the development of Neo-Plasticism, she introduced into her rigorous compositions the ‘double line’, a dynamising feature based on a detailed mathematical theory that was later adopted by Piet Mondrian, though he failed to credit her.

With her seminal photographs documenting the activities and objects of the Bauhaus school forming the earliest pieces (1924–1926) on display, Lucia Moholy (1894–1989) exemplifies the omission of female artists from traditional art history. Overshadowed by her husband, László Moholy-Nagy, she was later controversially omitted from the Bauhaus archives by Walter Gropius, which significantly contributed to the erasure of her authorship.

Magdalena Więcek (1924–2008) worked tirelessly to promote a modernist conception of sculpture in Communist Poland in the 1960s. Based in the Eastern Bloc, Więcek was afforded the opportunity to realize her sculptures through public funding and museum acquisitions, in contrast to female artists practising in the West under egalitarian ideology, demonstrative of the close relationship between art and politics at the time. The works on display present abstracted figurative forms rendered in brass or plastic and mark a radical breakfrom the Soviet traditions of representative sculpture.

The groundbreaking works of the 1960s by Hungarian/French artist, Vera Molnár (b. 1924) and American/British artist Liliane Lijn (b. 1939) represent some of the earliest examples of algorithmic and geometric art. Molnár invented an avant-garde process of systematically generating geometric images and later created computer-generated images and algorithmic paintings. Lijn is recognised for her pioneering practice connecting the arts to science and technology, as one of the first artists to introduce kinetic text into her work.

Ana Sacerdote (b. 1925) began painting at the age of 15, but did not have a solo exhibition until the age of 87 due to the political upheaval of an Italy under Fascism that resulted in her fleeing to Argentina. One of the few surviving films made by Argentine artists from the 1950s and 1960s, Essai de couleur animee (1959/1965) represents a pivotal moment in the artist’s practice and the development of film, when she manually built a complex animation system, painting and filming each abstract frame.

The pioneering work of Mary Miss (b. 1944) was at the centre of the critical reception of Minimal art, although she later became known for her postmodern urban structures and environments. A unique figure amongst the Land artists of her time, with works uniquely comprising basic construction materials such as barbed wire or wood and often displayed in urban contexts, Miss featured as the opening artist in Rosalind Krauss’s seminal October essay, ‘Sculpture in the Expanded Field’ (1979). The exhibition will present a large installation and sculptures from the late 1960s that have rarely been exhibited.

The exhibition will also present a monumental wall painting by Japanese-Brazilian artist Lydia Okumura (b. 1948), first realised in Sao Paulo in 1984 and reconstituted specifically for this exhibition.Okumara initiated the first Conceptual art show in Brazil with fellow students at the SESC Vila Nova in São Paulo, but she is known for her geometric abstractions.

Informed by the folkloric tradition of her native region – a village in Sardinia – Maria Lai (1919–2013) is best known for her cycle of Telai (Looms), sculptures in which painting and weaving are intertwined. In 1981, when asked to create a war memorial, she proposed instead a ‘monument for the living’: Legarsi alla montagna (To Tie Oneself to the Mountain), linking together the entire village with a blue ribbon tied from house to house, all the way up to the top of mountain, as in an ancient folk tale.

Also with a background in weaving and textile design Verena Loewensberg (1912–1986) was one of the four co-founders of the Zurich Concrete group. Passionate about music, especially jazz, she incorporated into her formalist painted compositions irregular shapes that challenged their balance, imbuing them with great freedom, poetry and musicality.

A generation late, also in Zurich, Shizuko Yoshikawa(1934– 2019) was the first female Japanese student at the Ulm School of Design in 1961. She started to create coloured reliefs in painted wood in the mid-1970s, before distancing herself from the Concretist use of strong colours by limiting herself to extremely light tones applied only to the outlines of the relief.

A pioneer of Cuban abstraction, Loló Soldevilla (1901–1971) achieved visual innovations in the Cuban 1950s Concretist movement while maintaining politically engaged writing activities in her native Cuba. She was one of the founders of the group Los Diez Pintores Concretos (The Ten Concrete Painters).

Rosemarie Castoro (1939– 2015)was part of New York’s legendary Art Workers’ Coalition in 1969, and one of the eight women interviewed in Linda Nochlin’s groundbreaking 1971 essay, ‘Why Have There Been No Great Women Artists?’. A key figure of the 1960s and 1970s Minimal and Conceptual art scene in New York, she will be represented through a series of archival photographs and a large-scale ‘Flasher’ sculpture,one of the few remaining examples of her renowned series exhibited on the streets of Manhattan in the 1980s. The free-standing box forms combine the delicacy of the origami fold with the heavy weight of their metal construction and allude to the male, city-street ‘flasher’. Blue Mist (1967-68) from the artist’s Prismacolor series will also be on display, a monochrome piece built up through the dense repetition of single strokes and emphasising the importance of line that is implicit throughout Castoro’s oeuvre.

The personal trajectories of the artists presented in Female Minimal demonstrate how their varied backgrounds and experiences have been a consistent driver of innovation and creativity. All are united by a desire to disrupt and expand the canon forged by the male-dominated avant-garde movements.

The exhibition is curated by Anke Kempkes & Pierre-Henri Foulon.